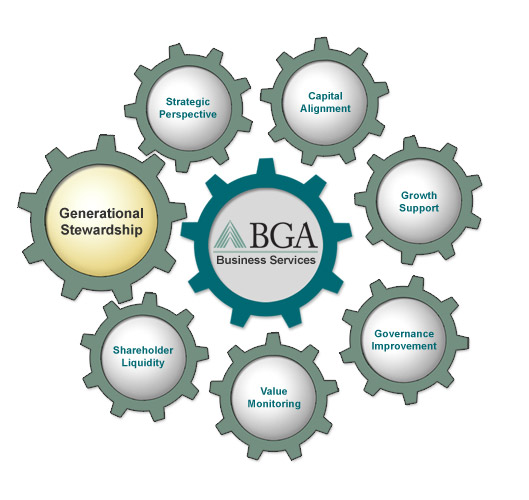 Over two-thirds of middle market business owners express a desire, during their lifetimes, to transfer their companies to the next generation. However, it has been estimated that (on average) fewer than 20% succeed in doing so.  If they are planning to do so, but they fail, what happened? Were they planning to fail at generational transition planning? Of course not, but failure occurs more often than not.

When a business reaches a point of generational transition two things occur: (i) there is no way to “put-on-hold” the ongoing year-to-year competitive pressures associated with being in business, especially not in today’s world and, on top of that, (ii) typically 70% or more of the key shareholders, directors or advisory board members, and C-level executives and senior officers must be replaced within 7-to-10 years. Managing through a period of generational change is no easy task.

Further, companies are often slow to begin. Based upon our experience, we know that it typically takes 3-to-5 years to be assured that you have “got it right” with finding the replacement for any one person. Generational transitions are, therefore, best addressed early on, but often are not.

These facts underscore that successful generational transition planning and execution is a complex management challenge.  In addition, there is an understandably broad array of stakeholders that are often dependent upon a successful outcome.  These include shareholders, heirs and beneficiaries, and also employees, their families, customers, suppliers and frankly “the community at large”.  We, therefore, most often think about the transition of a business from one generation to the next as “Generational Stewardship” because of the broader economic consequences relating to the results.

Today, most (in fact over 85%) of middle market businesses face three simultaneous transition challenges: (i) the increased pressures of an increasingly competitive global economy, (ii) the challenge of finding over the next 10-to-12 years the “Next Generation of Leaders” for their companies, and (iii) ownership transitions as ownership among shareholders shifts from “Operators” to “Beneficiaries & Governors”.  Each of these transitions requires significant capital, and intellectual and human investments.  Each will impact Generational Stewardship.